A Day in the Life of the Mall 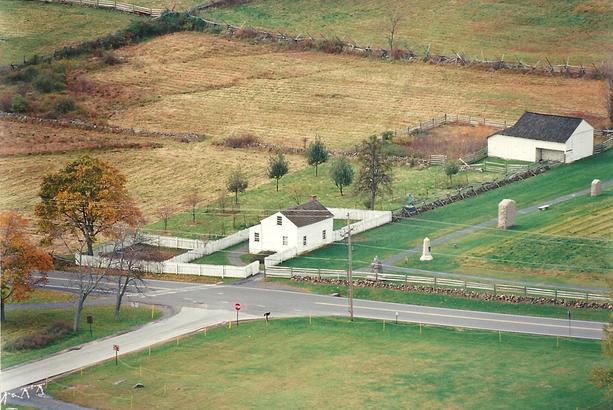 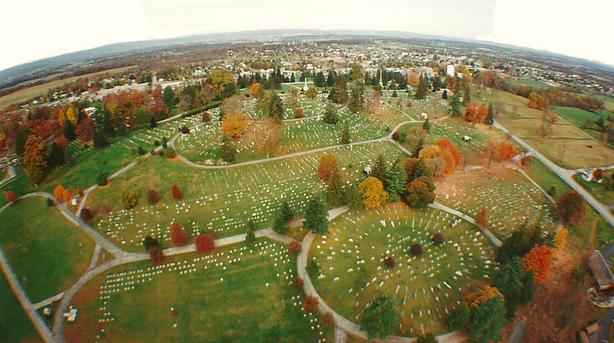 Subsequent to its opening in 1974, the Gettysburg National Tower had few defenders prior to its demise in 2000. The New York Times called it “a new low in historical tastelessness.” Iconic historian Bruce Catton called the tower another “step in the process of cheapening and commercializing the battlefield area.” Secretary of the Interior Rogers Morton called it “the most damaging single intrusion ever visited upon a comparable site of American history.” USA Today called the tower “the ugliest commercial structure to ever intrude on the sanctity of a national park.”

The tower was so widely reviled that world famous implosion experts from Baltimore, Controlled Demolition, Inc., agreed to demolish the tower for free, realizing that the public relations value of a hugely popular event with global interest would be priceless. Their gesture saved the National Park Service the $1,000,000 cost of traditional demolition.

A carnival atmosphere embraced a crowd of 10,000 on a rainy July 3rd in the year 2000. At just after 5 p.m., roughly two million pounds of steel rising 393 feet were brought to the ground in ten seconds by twelve pounds of explosives. Onlookers were restricted to a safe perimeter from the blast and they saw the tower vanish from the horizon like a gray ghost.

In a 1974 segment of 60 Minutes, correspondent Morley Safer had dubbed the tower controversy “The Second Battle of Gettysburg.” Now it was over. Developer Thomas R. Ottenstein’s “classroom in the sky” dream was dead. A month later, Ottenstein himself was dead, certifiably from cancer, though the timing suggests a broken heart was contributory.

The seeds of destruction were sewn in 1970 when the out-of-state developer Ottenstein initiated the project but failed to ingratiate himself and his plan to Gettysburg’s citizenry and political establishment. In winning fifteen subsequent lawsuits, he batted a thousand in the courtroom but struck out in the community. A developer who executes every legal protocol but steamrolls the affected neighborhood engenders vitriol, ad hominem attacks, and ultimate disaster for his/her project.

The tower’s fate was sealed in 1987 when President Ronald Reagan signed a law permitting the National Park Service to expand Gettysburg’s park boundary to include Ottenstein’s property. Switching the tower from private to public land facilitated its ultimate taking and destruction through the eminent domain process.

Speaking as a former history teacher and lifelong Civil War scholar, for me the tower was the most valuable educational tool in Gettysburg. Destroying it prioritized aesthetics over learning. For some, it prioritized revenge on a loathed out-of-town developer over everything.

I always began a visit to town with a trip to the tower. At a height of 297 feet, graphic and text aids followed color-coded railings on the “presentation level” of the octagonal structure, describing the panorama facing the visitor. Looking in any direction, I had only to glance down slightly at the aids to learn a description, day, and time of any military action that had taken place in that field of vision. A periodic 12-minute audio presentation, accurate though embarrassingly amateurish due to mawkish and overly-dramatic narrative, supplemented the visual aids as it shepherded visitors around the octagonal platform.

When I returned to ground level and immersed myself in the landscape, the tower became a beacon prior to the existence of GPS (Global Positioning System) devices, allowing me to instantly regain overall orientation when confused by the terrain. Like a lighthouse assisting ships, the tower was readily visible from many vantage points, restoring my location to context relative to the three-day battle. It helped me learn the conflict’s dynamics better than any other available aid.

I have some respected allies in my appreciation for the tower as an educational tool. The National Tower received an educational endorsement from authors Jay Luvaas and Harold W. Nelson in their popular 1987 battlefield tour book, The U.S. Army War College Guide to the Battle of Gettysburg.

Jay Luvaas was the first civilian honored with “visiting professor” status at West Point. From 1982 to 1995, he was a professor at the U.S. Army War College, teaching military history. He was awarded the “Outstanding Civilian Service Medal” by the Army for furthering the educational goals of the armed services. Numerous books on warfare were authored by Luvaas, and before his death in 2009, he was considered one of the nation’s foremost military history experts.

Luvaas and co-author Harold Nelson first endorsed the National Tower on page three of their Gettysburg guidebook. In orienting their readers from McPherson’s Ridge to the first day’s battle, they mention the cupola of the Lutheran Seminary on Seminary Ridge and add:

You will also see the “National Tower” peeping over the trees a bit further south. That

tower is on Cemetery Ridge, and it serves as a useful landmark from many points on

the battlefield. Wherever you see that tower you will know the location of CEMETERY

HILL, the key to the Union defensive position.

On page 32, the authors again tout the tower’s value from their Peace Memorial tour stop.

As you face from this position you can easily identify McPHERSON’S BARN, HERBST

WOODS, HERR RIDGE and the NATIONAL TOWER on Cemetery Ridge. Whatever its

esthetic shortcomings, the National Tower serves throughout the tour as a useful point

of reference, indicating the location of the key terrain in the Union line.

Finally, on page 40, the authors direct history students at the Oak Ridge observation tower to locate the National Tower in order to pinpoint Culp’s Hill and Barlow’s Knoll in their field of vision.

Walk back to the parking lot. Position yourself near the stone wall on the east side of the

As a child in the 1950s, my parents occasionally took the family on recreational excursions to Gettysburg. That exposure blossomed in the 1970s and ‘80s into a studious approach to the battle using the National Tower in the manner just exemplified by authors Luvaas and Nelson.

During my August 1999 visit to Gettysburg, I chatted with a tourist family from Kentucky at the Peace Memorial, and they asked me where the Union forces ended up in relation to where we were standing. After leading them on a short walk east to the edge of the ridge, I was able to show them the National Tower and explain that the Union fishhook formed at Culp’s Hill just northeast of that tower. It gave them an immediate feel for the distance and direction involved in the Union retreat on July 1, 1863.

In addition to proffering that its educational utility justified the existence of the National Tower, it’s enlightening to present a counterpoint to the most frequent argument used to justify the destruction of the tower.

That prevailing argument evolved into an overarching theme following the line of reasoning of two examples I offer next. First were the words of Friends of the National Parks at Gettysburg president Barbara Finfrock after the tower’s implosion. She said, “Now, when we look at the battlefield, we will see nothing, which means we will be able to see everything.” Second were the words of David Holtzclaw, a history enthusiast who was in Gettysburg to witness the implosion: “We’re just anxious to see the monstrosity go down. It destroys the authenticity of the battlefield. When you try to picture in your mind what happened here 137 years ago, that destroys it. I’m happy to see it go.”

The counterpoint is my own. The National Tower was ugly, but what happened at Gettysburg 137 years before the tower implosion was war and war is always ugly. Ugliness doesn’t disqualify an artifact or useful tool from a memorial park. By contrast, the pretty granite and bronze monuments dotting the well-groomed landscape don’t convey the ugliness of war. Over 1300 monuments and markers quite literally destroy the “authenticity of the battlefield,” and most of them lie in the middle of contested ground. Some are such exquisite works of art that they have become destinations. By contrast, the National Tower sat behind the Union’s artillery reserve position, which is of little interest to tourists.

Rubble and twisted beams from the World Trade Center have been installed in prominent sites in major cities across America in 2011 to commemorate the horror of September 11, 2001. Those artifacts are ugly. All costs and benefits must be factored into decisions about structures placed on sacred ground.

As for “authenticity,” here’s how I experience it. When I visit Gettysburg’s battlefield, I try to emotionally summon the horror of those three days in 1863. Those 1300 pretty monuments and markers impede that process for me. They convey a serenity and beauty that is dissonant with the human savagery and panoply of soldiers’ emotions that I try to feel vicariously and on a visceral level when I visit. By contrast, the National Tower “monstrosity” assisted me in several ways.

The tower directly taught me the scope of the battlefield and the sheer scale of the conflict, while its bird’s-eye view of the geography facilitated a better understanding of why some tactics were brilliant and others disastrous. The inferior alternative which Gettysburg now offers to convey those lessons is located in the new visitor center. It’s a huge platform with blinking lights and a narrator with a one-pace fits all timetable.

This is not to suggest that the pretty monuments should be removed. It simply rebuts the specious and ubiquitous argument that the National Tower impinged on a visitor’s battlefield experience because it was ugly, too tall and wasn't there in 1863. For visitors like me, the reverse was true.

I always brought a tripod and my computerized Canon A-1 camera on my Gettysburg visits and from the tower’s observation deck 311 feet above ground, I obtained photos unlike any I’ve seen of the battlefield and the town. My fisheye lens captured a panoramic view encompassing both cemeteries, the Round Tops, the mountains to the west and the entire town to the north. The now-impossible photos are a fitting legacy for the tower.

The tower was homely and is now history, but its popular portrayal as a worthless, execrable intruder desecrating hallowed ground is at odds with my experiences. Its quirks and hokey elements and a steel structure as unnerving as an old wooden roller coaster were part of the charm for me. The long entry drive lined with state flags was attractive. I enjoyed the rustic Sutler’s Gift & Souvenir Store where tickets were purchased, and I occasionally lunched in the tower’s picnic area. Pet goats, geese and ducks added child appeal to the site.

Economically, the tower never fulfilled its developer’s projection of 30% of total park attendance. The $2.5 million dollar tower barely surpassed a 10% tourist capture rate during its peak years, making it a probable losing or break-even venture and at best a meager profit-maker. Poor marketing and a hostile town will do that to an entrepreneur.

From above Harpers Ferry, Thomas Jefferson said, “This scene is worth a voyage across the Atlantic.” I’ve seen that view and I can echo the sentiment for the autumn view from atop the Gettysburg National Tower. It offset its flaws by providing me with exhilarating sights and priceless education. The implosion that made those gifts unavailable for future visitors was the real desecration.