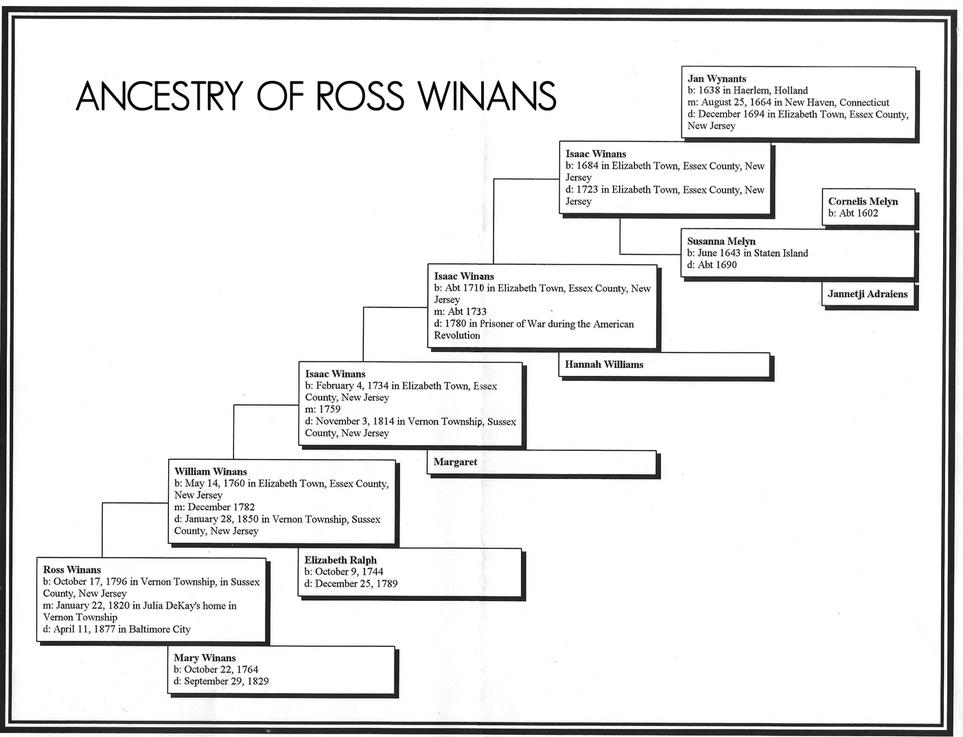 Celeste Winans opened the first Soup House for the poor in the United States. She was likely the nation’s first woman philanthropist and the first of either gender in Maryland. The facility across Baltimore Street from the family’s Alexandroffsky estate served between 600 and 4,000 per day all year with The Baltimore Sun citing the latter number. Celeste ran the Soup House from its purchase date on June 15, 1854 until her tragic death in 1861. Her husband Tom continued it in her honor after her death until it was used as a hospital for Gettysburg wounded during the Civil War.

At Celeste’s urging, Tom purchased the German Evangelical Reformed Church for the purpose of housing her Soup Kitchen. The expense log from June 3rd, 1861 to May, 1862 lists bills totaling $26,970 for items including potatoes, beans, rice, bread, beef, pepper, flour, tin ware, labor, peas, lime, wood and coal. That was a significant annual sum for that era. Celeste’s administrators petitioned the city for help providing the necessary eight-hundred gallons of water a day. She personally served dinners, helped for a time by Tilly and Marie Revillon, sisters visiting from Russia. She had colored cards distributed around the city which the poor could obtain. Each color represented a time of day and her intent was to reduce the self-consciousness of the poor by shortening waiting lines.

Her charitable endeavors were so far reaching that The Baltimore Sun honored her with its probable initial obituary for a woman, stating that female deaths were private family matters but in her case the extent of her charitable work demanded public notice. She made private visits to the poor, taking them clothes and food. The family donated to free blacks to help buy the freedom of their spouses and they employed free blacks to work on their estate. Her funeral Mass drew throngs of poor whites and free blacks to Baltimore’s Basilica, even though it could not accommodate them inside.

The Baltimore American newspaper referred to her in a March 20, 1861 obituary as “…our Lady Bountiful. She was one of the best friends of the suffering poor among us. It was in the quiet seclusion of her own purpose that Mrs. Winans performed most of her charities.” The paper added that a woman’s death is ordinarily not a public matter but noted, “She was so largely a public benefactress that everyone would seem to have some claim to utter the grief and sympathy that will overflow from thousands of hearts.”

Celeste Marguerite Louise Revillon was born in 1823 to George Revillon and his wife Marguerite Louise Bonjour Revillon. She was the oldest of the couple’s eleven children and was raised in St. Petersburg, Russia, where her father was a notable engraver and the family operated a ship-waterproofing business. She married Thomas De Kay Winans in that city on August 23rd, 1847 and began living in Baltimore, Maryland in December, 1850. Celeste died on March 19, 1861 at age 38, a few days after giving birth to a stillborn baby.

A Day in the Life of the Mall 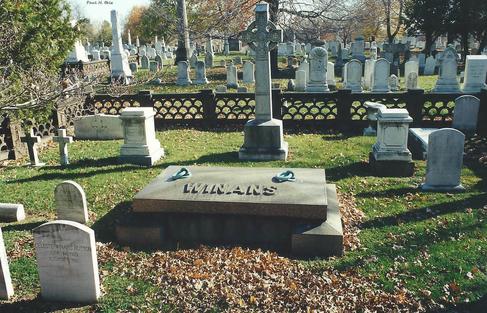 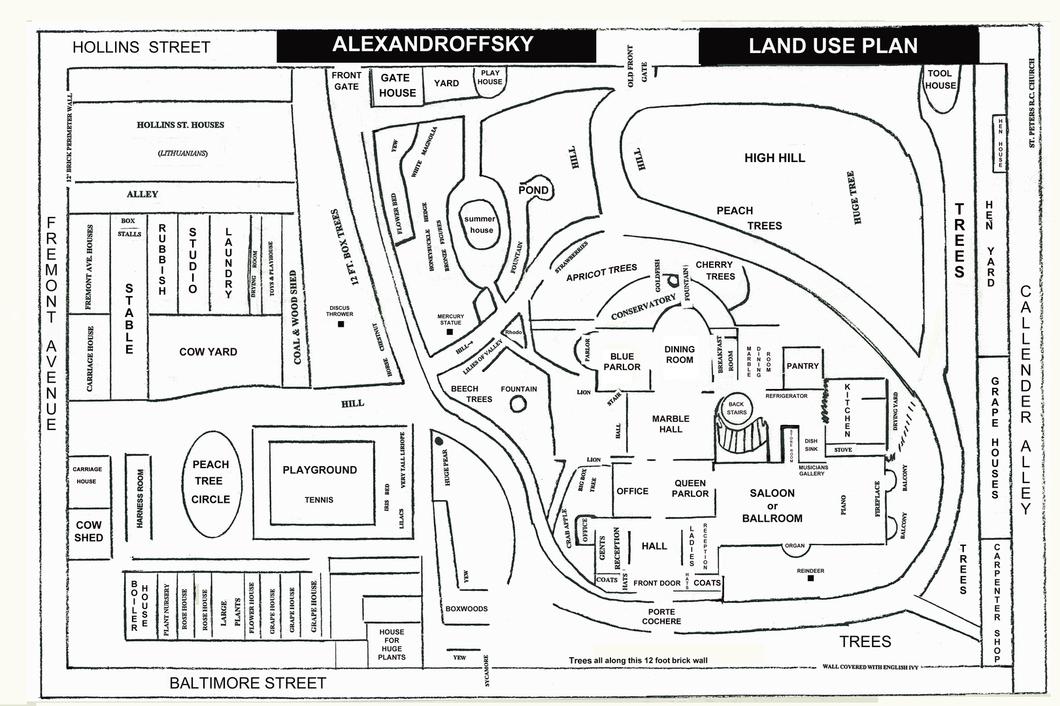 In December, 1986, Baltimore City Recreation & Parks Director Chris T. Delaporte commissioned the architectural firm of Cho, Wilks & Benn to prepare an architectural report nominating Tom Winans' Crimea estate for inclusion in the Maryland Historical Trust as a historic property. It is currently listed in the Trust's inventory with the index number B-45. In researching my novel "The American Opus" I found the report in the Recreation & Parks archives and was permitted to copy it. Those interested in the Crimea estate can read the Cho, Wilks & Benn report by clicking the link below. It was submitted by the firm on July 8, 1987.

Tom Winans’ handwritten diaries & expense books from 1851 through 1856 give enormous detail about the construction of his two huge Baltimore estates, including Alexandroffsky in the city and his country estate Crimea with its mansion Orianda. Winans began assembling land for his city estate in 1848. The square city block-sized Alexandroffsky was primarily constructed in 1850-51 and occupied on February 24, 1852 and the country home Orianda was built in 1856 and occupied in the spring of 1857. The diary includes contractors’ names, prices for labor and materials, day-to-day family purchases, allowances, trips, and notations of tragedies. It is an amazing record both of the Winanses life and typical life in Baltimore in the 1850s. In writing the novel “The American Opus,” author Paul H. Belz labored at the Maryland Historical Society’s rare book reading room to hand copy the entire diary and transpose it into a computerized table. Handling the original books maintained by the great Baltimore industrialist and one of America’s richest men of the era evoked emotions of personal connection and awe.

Johann Strauss waltz, Opus 154, written in 1843 and called "Echoes of the Rhine Loreley." In chapter 2 of the novel "The American Opus" it is played at the Whistler home in Russia in November, 1846 when everyone is dancing and Tom Winans first meets Celeste Revillon.

On September 26, 1875, Tom Winans' beloved younger sister Julia De Kay Winans died. She was his only sister and she united the Winans and Whistler families by marrying George William Whistler, the son of Major George Washington Whistler, who headed the American partnership which built Russia's first public railroad, in the 1840s. George, the stepbrother of artist James Whistler, was made a partner in the Winans' Baltimore firm and is buried with Julia in the family's large burial ground in Green Mount Cemetery. To honor his sister when she became ill, Tom Winans commissioned and published a waltz in the year of her death from an obscure (because there was urgency) Russian composer named Bihahc. The work is titled "Alexandroffsky Waltz." The top of the Waltz's cover page contains the dedication "To My Sister" in French. It is uncertain whether she ever heard the waltz before she died. Click the link below to view the National Archives copy of the sheet music.

The New York Times' Washington correspondent Grace Greenwood sometimes visited Tom Winans' Alexandroffsky estate in Baltimore to escape the stresses of the Nation's Capitol. On May 4, 1874 she wrote a 2400-word essay profiling the industrialist. She described his Alexandroffsky and Crimea estates, the children's playhouse and Winans' innovations in heating and cooling buildings and in improving pipe organs. Click the link below to read Greenwood's essay, which was published in the Times on Sunday, May 10, 1874 on page two of the paper.

1982 Pen and Ink Drawings by Elaine Belz Ackerman of the Ross Revillon Winans house in Baltimore. He was the son of Tom Winans. 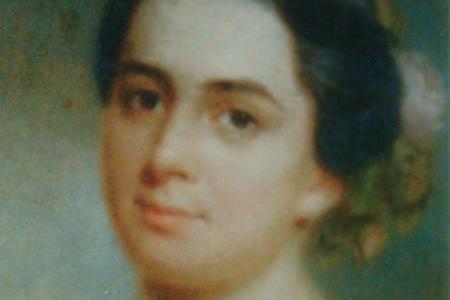 TO TABLE OF CONTENTS 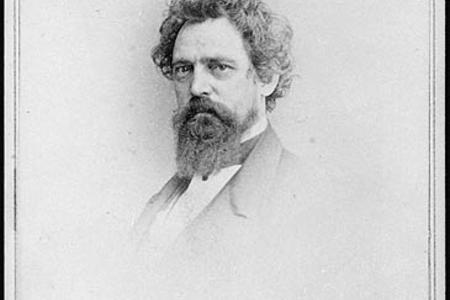 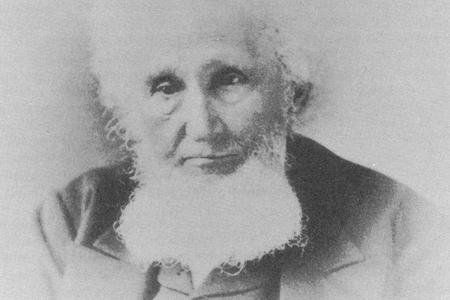 TO VIEWPOINT CHARACTERS
TO SYNOPSIS